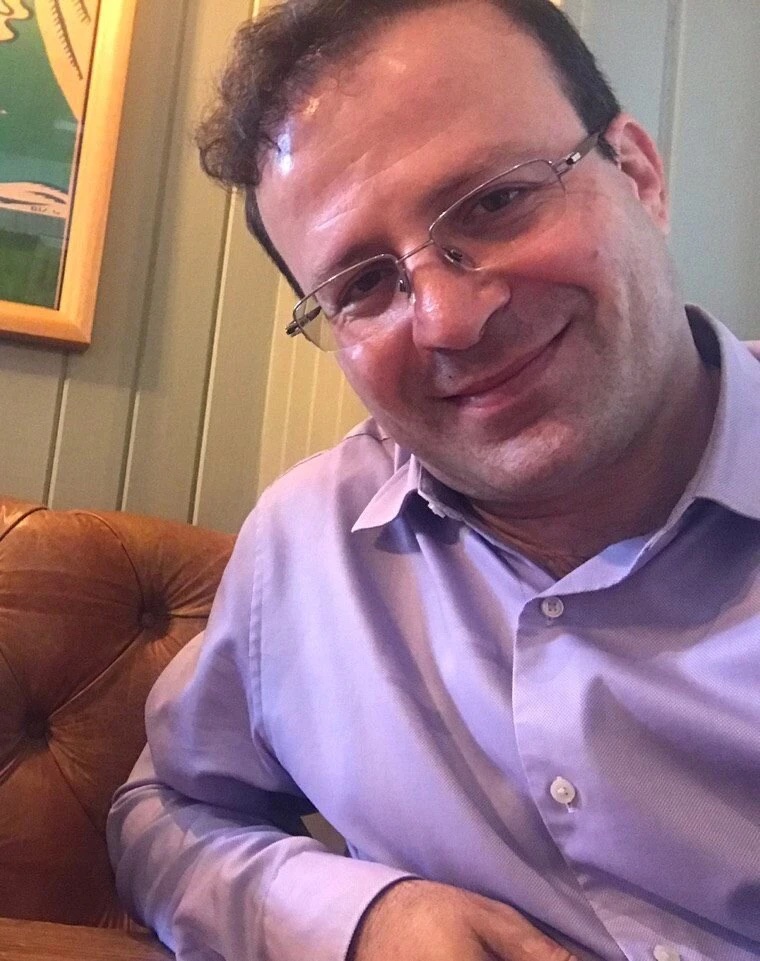 LONDON — A British-Iranian academic who was sentenced in Iran to nine years and three months in prison for “cooperating with a hostile state” has fled the country and is now in Britain, he said on Wednesday.

The academic, Kameel Ahmady, an anthropologist who has written about genital cutting in Iran, said he had left the country in December by crossing its mountainous western border, after being sentenced by a Tehran court that month and having an appeal rejected.

Iran has frequently arrested dual citizens in recent years, often using their cases as diplomatic bargaining chips or to press for the release of Iranian prisoners abroad. Mr. Ahmady was arrested in August 2019, shortly after Britain seized an Iranian ship off Gibraltar, and was later released on bail.

“Those in Iran who have an iron fist left me no option but to pack my bag for my decisive journey,” Mr. Ahmady said in a statement on his website. He did not say whether he had received help, how he had evaded controls or how he had reached Britain.

Separately, Mr. Ahmady has also faced accusations of sexual misconduct. The Iranian Sociological Association, where he had been director of a subsection, expelled him last year, citing allegations from female colleagues. In an unusual public statement, the association said that it had investigated the claims and concluded there was evidence of at least some form of abuse of power.

In a written response, Mr. Ahmady denied the accusations and called them “very upsetting.”

Mr. Ahmady’s lawyer in Iran did not respond to questions on whether the allegations had weighed on the judiciary’s sentencing or been discussed during court hearings.

Mr. Ahmady said in an email that it was “really lovely” to be back in Britain. “It’s been an incredibly difficult time for me and my family and now it’s an opportunity to get on, settle down and rebuild our lives in peace,” he added.

The news of Mr. Ahmady’s escape brought a twist in the tense relations between Britain and Iran, just a month before another British-Iranian held in Tehran, Nazanin Zaghari-Ratcliffe, is expected to complete her sentence. Ms. Zaghari-Ratcliffe, a charity worker with the Thomson Reuters Foundation, was convicted on spying charges in 2016 and sentenced to five years in prison; she has been under house arrest in Tehran since last year.

Mr. Ahmady said that after his 2019 arrest he had been held in solitary confinement for three months at the Evin Prison, north of Tehran, and blindfolded during repeated interrogations. Confinement was so excruciating, he said, that he yearned for interrogations, as they provided the only form of human contact he received.

Mr. Ahmady, who is of Kurdish ethnicity, was born in northwestern Iran and received British citizenship in the 1990s. He has published several reports and books on genital cutting and child marriage in Iran. In a report published in 2015, he wrote that genital cutting was “embedded in the social fabric of Iranian culture” in at least four provinces.

“I know for sure that my prison term is a tool for the Iranian security services and the justice ministry to intimidate and pressure the remaining few people who are working on social issues,” Mr. Ahmady said in the statement published on his website on Wednesday.