Ayatollah: Iran Will Violate Nuclear Deal 'in Case of Any Deceit' 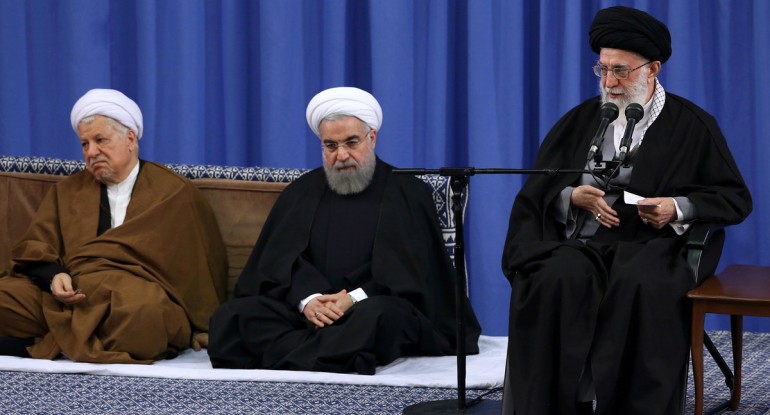 Ayatollah Ali Khamenei stressed today that Iran cannot trust the "smiles and masks" of the Americans and will be ready to violate the P5+1 deal as soon as the U.S. is perceived to be in violation of its terms.

If Iran's recent anger at the proposition of more sanctions is any indication, that "provocation" for Iran to violate the deal could be as simple as penalizing the Islamic Republic for its illegal ballistic missile tests. The Obama administration delayed sanctions over the missile program to allow the nuke deal's Implementation Day to go through.

Khamenei said in an address tweeted today that the Joint Comprehensive Plan of Action "was a big, important event, however not meeting all our demands; yet whatever achieved was by efforts of president, FM & negotiators."

"Some try to pretend that #JCPOA achievements were US favor for us while it was not; it was efforts by Iranian nation and our scientists," he added.

"Deceitfulness is common for other party. We cannot trust smiles & masks. The America of Reagan& Bush eras & today are not different. In case of any deceit from other party, our officials must retaliate. If they breach the deal, this side should also breach the deal."

Today is the 35th anniversary of the end of the Iran hostage crisis. The supreme leader approved of last week's seizure of 10 U.S. sailors in the Persian Gulf.