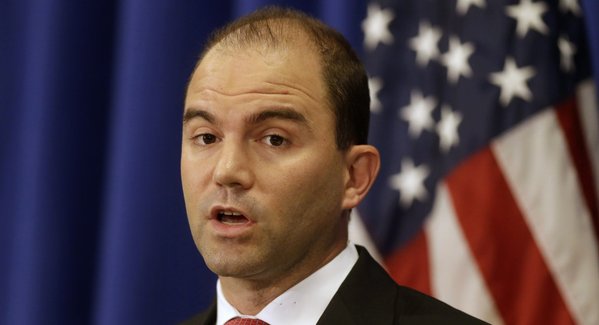 Ben Rhodes, the famed White House spinmeister, is entangled in a growing fight with congressional Republicans — the latest fallout from his bombshell magazine profile two weeks ago.

On Monday, three Republican senators called on President Barack Obama to fire his deputy national security adviser, saying Rhodes had been "disrespectful," "deceptive" and dishonest" in how he had sold the Iran nuclear deal to the public. The White House, meanwhile, said Rhodes will not testify about the deal before a House committee, calling it a “separation of powers” issue.

The ruckus over Rhodes follows a New York Times Magazine profile of the former aspiring fiction writer. The piece implied that Rhodes and his colleagues had misled Americans about the nuclear deal by creating an “echo chamber” of allies who promoted the administration’s talking points and emphasized a timeline that suggested negotiations began later than they really did.

House Oversight Committee Chairman Jason Chaffetz invited Rhodes to appear before his panel on Tuesday for a session titled “White House Narratives on the Iran Nuclear Deal.” But in a letter to Chaffetz, White House counsel W. Neil Eggleston writes that Rhodes will not appear before the committee because it would raise “significant constitutional concerns.”

“The appearance of a senior presidential adviser before Congress threatens the independence and the autonomy of the president, as well as his ability to receive candid advice and counsel in the discharge of his constitutional duties," Eggleston writes.

The letter does not say the Obama administration is invoking “executive privilege” in keeping Rhodes away, but the administration prefers to avoid that term whenever possible. Generally speaking, Obama aides won't say they are asserting the privilege unless further legal steps are involved, such as a subpoena being issued.