Cardin says he is a 'no' on Iran deal 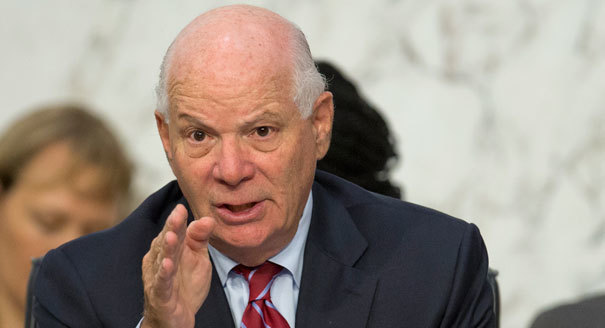 Sen. Ben Cardin, the top Democrat on the Senate Foreign Relations Committee, said Friday he will oppose the nuclear deal with Iran, a decision that won't derail the agreement but hurts the Obama administration's efforts to keep a resolution against the deal from reaching a vote.

Cardin's decision — which came the same day a 38th Senate Democrat, Michael Bennet of Colorado, declared his support for the deal — has been one of the most anticipated among lawmakers. Not only is Cardin a key foreign relations committee member, but he's also Jewish and helped author a bill that gave Congress review power over the agreement.

The Maryland Democrat told POLITICO that he thought long and hard, and weighed concerns raised by both supporters and opponents, including conservative pro-Israel organizations that have spent millions lobbying against the deal. In making the decision he described as in the "best interest of the country," Cardin said it came down to his belief that the deal would strengthen Iran in the long run while allowing it to keep too much nuclear capacity.

"It allows Iran to have too much of [a uranium] enrichment program that takes them too close to a nuclear program under a legal path that, with the enhanced resources, will make re-imposing sanctions less likely to be effective," he said.

Cardin added that he, with the backing of lawmakers on both sides of the issue, was planning to introduce legislation next week that would make clear the steps the United States will take against Iran if it violates the nuclear deal. The bill will include provisions such as regular reports from the administration on how Iran is spending resources it obtains thanks to sanctions relief as well as a new security package for Israel, Cardin said.

Read the full story from Politico.