The Obama administration is poised to remove sanctions on Iran as soon as January, after the United Nations's nuclear regulatory body—the International Atomic Energy Agency (IAEA)—released a report concluding the country had pursued a nuclear weapons program until 2009, but had not done so since then.

However, Rep. Mike Pompeo, (R-Kansas), has fired off a sternly worded letter to Ambassador Henry S. Ensher, the U.S.'s U.N. ambassador to the IAEA, accusing the agency of overlooking the Iranian regime's demonstrable dishonesty about its nuclear weapons program. 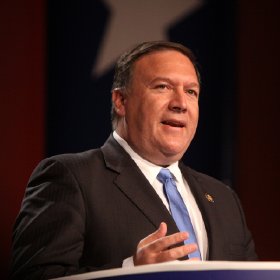 "Allowing sanctions relief to proceed at this point would be a grave and historic error," reads the letter. "Given the history of Iranian obstruction and obfuscation on this issue, the IAEA cannot reward bad behavior with its seal of approval."

According to the terms of the Joint Comprehensive Plan of Action (JCPOA), a.k.a the Iran Nuclear Deal, Iran was to disclose all "possible military dimensions" (PMD) of its nuclear weapons program. Pompeo notes that in July, no less than Secretary of State John Kerry said, "PMD has to be resolved—before [Iran] get[s] one ounce of sanctions relief."

Read the full story from the Weekly Standard.