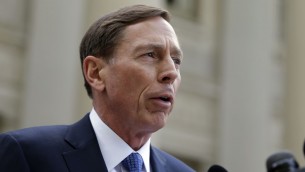 Several former members of President Barack Obama’s inner circle are among a bipartisan group of 18 diplomats, legislators, and experts warning against the emerging nuclear deal with Iran and urging the US administration to address Israel’s concerns regarding the pending accord.

In a public statement issued to the press Wednesday, the group said the deal being negotiated between the P5+1 and Iran “may fall short of meeting the administration’s own standard of a ‘good’ agreement'” and laid out a series of key requirements it said Iran should agree to ahead of the June 30 target date for the deal.

“The [current] agreement will not prevent Iran from having a nuclear weapons capability,” the group charged. “It will not require the dismantling of Iran’s nuclear enrichment infrastructure…It does not address Iran’s support for terrorist organizations (like Hezbollah and Hamas), its interventions in Iraq, Syria, Lebanon, and Yemen (its ‘regional hegemony’), its ballistic missile arsenal, or its oppression of its own people.”

The signatories include Dennis Ross, a former special assistant to the president who oversaw Israeli-Palestinian negotiations and the White House’s Iran policy during Obama’s first term; David Petraeus, the former director of the CIA; Olli Heinonen, a former deputy director general of the International Atomic Energy Agency; Robert Einhorn, a former special adviser to the Secretary of State for nonproliferation and arms control (2009-2013) who also helped devise sanctions against Iran; Gary Samore, a former coordinator for arms control and weapons of mass destruction under President Obama who now heads United Against a Nuclear Iran; and General James Cartwright, who in 2007-2011 was the vice chairman of the Joint Chiefs of Staff.

The administration recently backed away from a promise to force Tehran to reveal its past nuclear activities as part of the negotiated deal, alarming opponents and supporters alike. And Iran has repeatedly indicated that not all its sites would be open to inspectors.

While the signatories said that the US should not impose new sanctions while negotiations are underway, they warned that sanctions relief “must be based on Iran’s performance of its obligations,” and “must not occur until the IAEA confirms that Iran has taken the key steps required to come into compliance with the agreement.”

Sanctions for non-nuclear affairs, like terrorism, should remain in effect, the letter said.

“Precisely because Iran will be left as a nuclear threshold state (and has clearly preserved the option of becoming a nuclear weapon state), the United States must go on record now that it is committed to using all means necessary, including military force, to prevent this. The President should declare this to be US policy and Congress should formally endorse it,” the group said, adding that “without these features, many of us will find it difficult to support a nuclear agreement with Iran.”

Read the full story from the Times of Israel.