Iran Claims to have gotten good intel off U.S. sailors 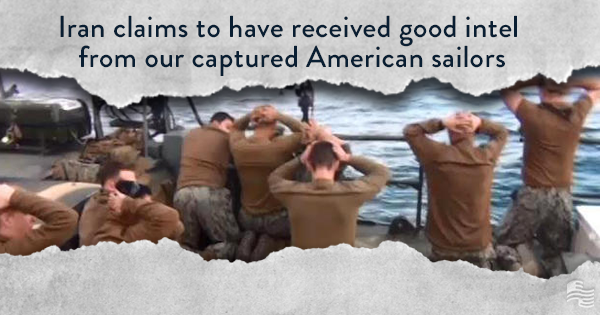 TEHRAN, Iran - Iran has retrieved thousands of pages of information from devices used by U.S. Navy sailors who were briefly detained in January, the country's state television reported Tuesday.

The report quotes Gen. Ali Razmjou, a naval commander in the powerful Revolutionary Guard, as saying that information filling about 13,000 pages was retrieved from laptops, GPS devices and maps.

Razmjou said the move falls within Iran's rights under international regulations, and that the information recovered could be used in "various fields." Iranian authorities returned all the devices taken from the Americans even though it had the right to confiscate them, he said.