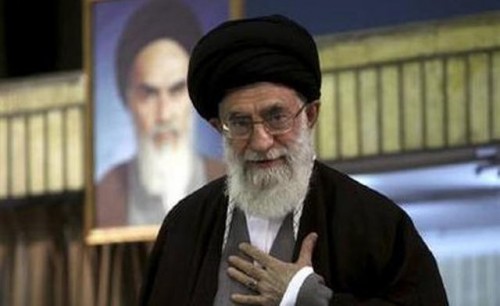 As the White House secured their last needed vote to block a veto override in the Senate on the nuclear deal, Iran unleashed a double-pronged attack: vowing to block inspector access to some sites, and vowing to continue preparations to destroy Israel.

Iranian Defense Minister Brigadier General Hossein Dehqan said today that the International Atomic Energy Agency -- which inked confidential deals with Tehran that Congress has not been able to see -- would not be able to see all the facilities it wants to.

"Iran does not plan to issue permission for the IAEA to inspect every site," Dehqan said in an interview with al-Mayadeen news network on Wednesday, reported the semi-official Fars News Agency.

Back in July, he stressed that "missile-related issues have never been on agenda of the nuclear talks and the Islamic system will resolutely implement its programs in this field."

Also today, a senior commander of the Islamic Revolution Guards Corps said they have work to do.

The IRGC's top commander in Tehran province, Brigadier General Mohsen Kazzemeini, told operating units undergoing drills in the capital that "they (the US and the Zionists) should know that the Islamic Revolution will continue enhancing its preparedness until it overthrows Israel and liberates Palestine," according toFars.