Iran defiant as it holds day of anti-Israel protests

Thousands took to the streets in the capital and other cities for Qods (Jerusalem) Day, held every year since the early days of Iran's Islamic revolution to show support for the Palestinians. 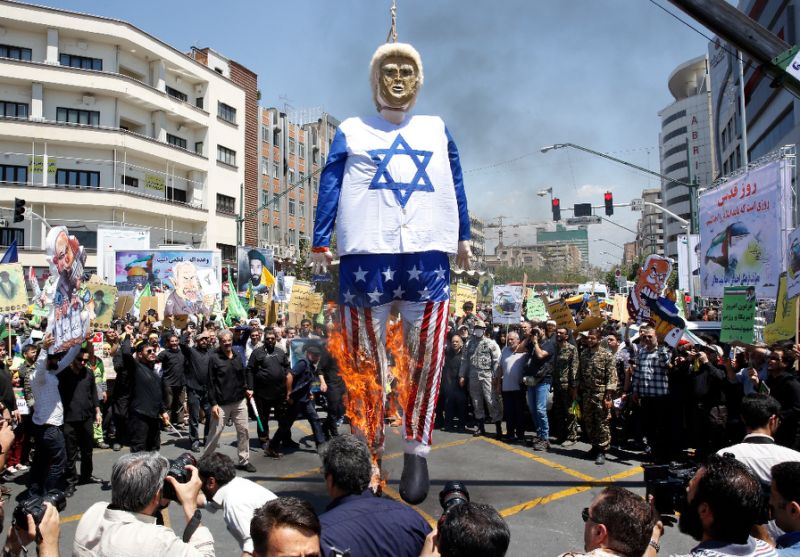 This year's event saw the usual burning of flags and chants of "Death to America" and "Death to Israel", as well as a huge Donald Trump figure being hanged from a crane.

The mood, as ever, was a mix of political rage and family fun, with children singing songs on stages and throwing darts at portraits of Israeli leader Benjamin Netanyahu and Saudi crown prince Mohammad bin Salman.