Traders at Tehran's Grand Bazaar have taken part in a big protest against rising prices and the plummeting value of Iran's currency, the rial. 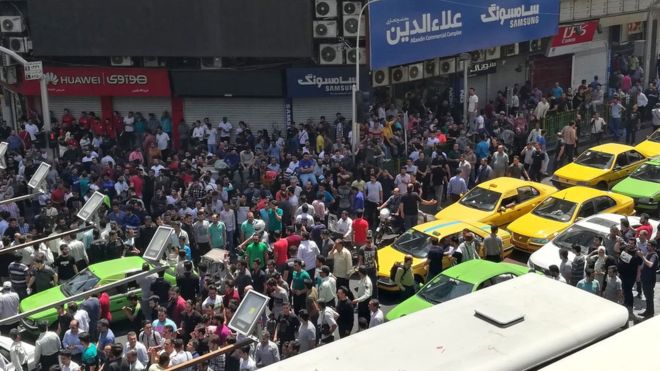 Shops were shut and thousands of people took to the streets of the capital.

This was the biggest protest in Tehran since 2012 when international sanctions related to Iran's nuclear activities were crippling its economy. Fears about the impact of the US sanctions that will start to be reinstated in August and possibly trigger the collapse of the nuclear deal has led to the rial falling to a record low against the dollar on the unofficial foreign exchange market.

The currency's fall also prompted traders at two shopping centers in Tehran that specialize in mobile phones to go on strike in protest on Sunday.