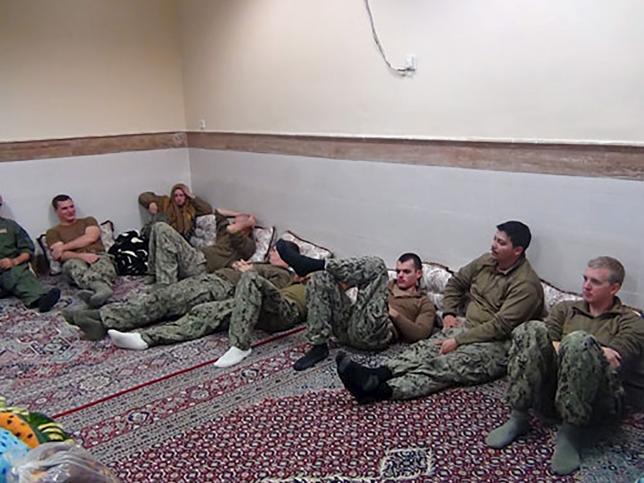 Ayatollah Ali Khamenei, who has said Iran should remain wary of its arch-enemy the United States even after a landmark accord over Tehran's nuclear program, awarded the Fath (Victory) medal to the head of the navy of the Revolutionary Guards and four commanders involved in the seizure of two U.S. Navy boats.

Iran has awarded the Fath medal since 1989 to war heroes, military commanders and politicians, especially those linked to the eight-year Iran-Iraq war in the 1980s.