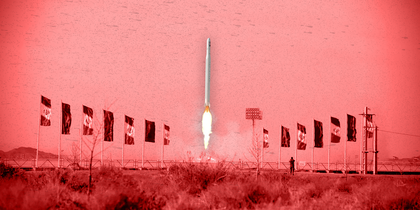 After days of deliberations and evaluations, Israeli and western experts concluded that Iran’s most recent satellite launch, which took place last week, was successful. Iran managed to put four satellites into orbit in the past, but they were short-lived. It took 13 attempts, four of which only entered orbit for a short time, and nine of which failed completely, but this time it seems that the new satellite will last much longer – likely years – before disintegrating. Iran’s military spy satellite is now orbiting the earth at an approximate altitude of 450 kilometers.

“It is indeed an important accomplishment for the Iranian space program in general and its military in particular,” an Israeli security source, who asked not to be named, told Haaretz. “The most significant result is its symbolism, the fact that the launch didn’t fail.”

But there is a caveat. Most experts emphasize that still Iran has a long way to go before it could upgrade its long-range missiles to deliver nuclear warheads. Israeli military officials refused to comment on the launch, and only Prime Minister Benjamin Netanyahu condemned it, describing it as a threat to Israeli and international security.

The launch inaugurated the new Shahrood site in Semnan Province’s Markazi Desert, 400 kilometers east of Tehran. The Iranian satellite was launched by a three-stage missile, a more advanced version of the Safir first-generation rocket, which placed Iran’s first civilian satellite into orbit. The first stage uses a liquid propellant similar to the standard Iranian long-range Shahab-3 missile, which has a range of 1200-2000 kilometers, making it capable of reaching any point in Israel.

But it is the second stage that highlights the Islamic Republic’s technological progress – and military ambitions. It uses a solid propellant, the process of making which is more advanced than a liquid propellant. Its advantage lies in the fueling process. Like a car’s gas tank, it can take time to fill a rocket with liquid propellant. Within that time, enemy intelligence agencies could take notice. Solid propellant allows for quicker, more covert fueling.

There is also the notable fact that because the launcher was a mobile Shahab-3 adapted for a longer rocket, there was no launch umbilical tower – the tower of scaffolding frequently used to service a spacecraft on the launchpad – setting it apart from Iran's past “civilian” launches.

“This accentuates the military aspect of the system” says Dr. Uzi Rubin. Rubin is a research fellow at the Jerusalem Institute for Security and Strategy (JISS), and is considered one of the most distinguished missile analysts in the Middle East. Between 1991 and 1999, he served as head of Israel's Missile Defense Organization, and in that capacity oversaw the development of Israel's Arrow anti-missile defense system.

“The space launcher and the satellite are assembled and fueled inside an underground shelter in a horizontal position,” he explains. “Once assembled and fueled, it can emerge and drive to any roughly prepared patch of ground, be erected, launch and quickly retreat to the shelter.”

The Islamic Revolutionary Guard Corps (IRGC) were the ones to announce the launch, further removing the civilian mask from Iran’s initiative. “Iran has only one missile and space program, and it is military in nature,” says the Israeli security source.