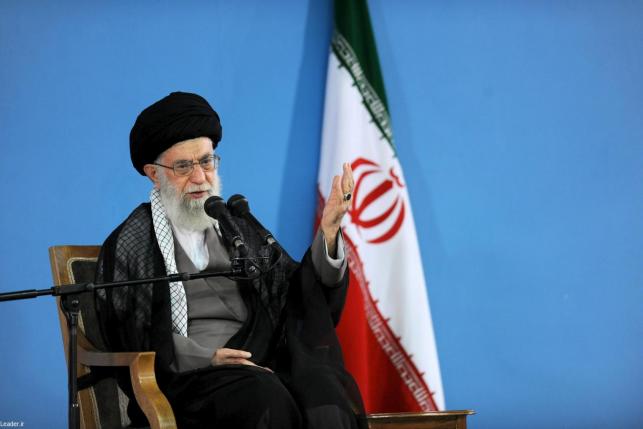 Iran's Supreme Leader Ayatollah Ali Khamenei on Wednesday banned any further negotiations between Iran and the United States, putting the brakes on moderates hoping to end Iran's isolation after reaching a nuclear deal with world powers in July.

Khamenei, the highest authority in the Islamic Republic, already said last month there would be no more talks with the United States after the nuclear deal, but has not previously declared an outright ban.

His statements directly contradict those of moderate Iranian President Hassan Rouhani, who says his government is ready to hold talks with the United States on how to resolve the conflict in Syria, where the two countries back opposing sides.

"Negotiations with the United States open gates to their economic, cultural, political and security influence. Even during the nuclear negotiations they tried to harm our national interests.," Khamenei was quoted as saying on his website.

"Our negotiators were vigilant but the Americans took advantage of a few chances," he said.

Although he supported the last 18 months of negotiations, Khamenei has not publicly endorsed the nuclear agreement with the United States, Germany, France, Britain, China and Russia that settled a standoff of more than a decade.

The agreement, which curbs Iran's nuclear program in exchange for crippling sanctions being lifted, was welcomed by Iranians who are keen to see their living standards improve and better relations with the rest of the world.

It was also a great political victory for Rouhani and his faction in Iran ahead of some key elections next year and as such has deepened the divide in Iran's complex power structure between moderates and hardliners.