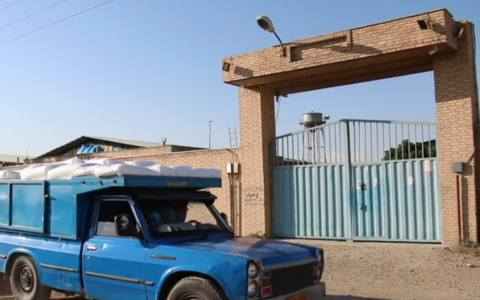 Unidentified diplomats told the newspaper Iran was refusing to provide answers to questions posed by the International Atomic Energy Agency, in what was apparently the first instance of Tehran failing to cooperate with inspectors.

The diplomats said there were internal disagreements in the IAEA on how severely Iran should be censured over the issue. A recent IAEA report on Iran’s growing breach of the 2015 nuclear deal reportedly made only vague reference to Tehran’s lack of cooperation with inspectors, saying “Ongoing interactions between the Agency and Iran relating to Iran’s implementation of its Safeguards Agreement and Additional Protocol require full and timely cooperation by Iran.”

A July report on Israel’s Channel 13 claimed inspectors had visited the site several times after Netanyahu identified it in an address to the UN General Assembly last September, took soil samples, and had since definitively concluded that there were “traces of radioactive material” there.

The diplomats told the WSJ that the traces were likely remains from Iran’s past experimentation in nuclear weapons development. Iran has denied ever seeking nuclear weapons, though Israeli and Western intelligence disbelieve those assertions.