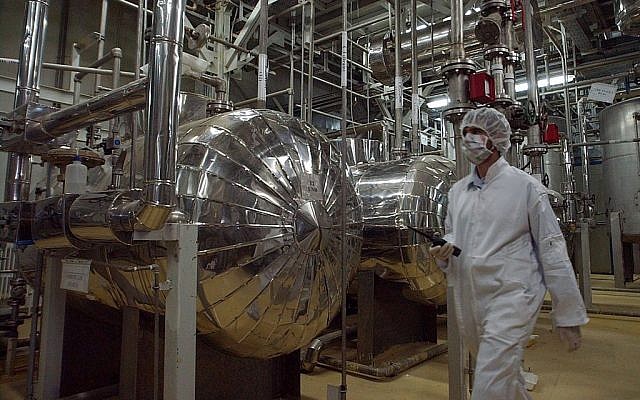 Iran’s atomic energy agency said Tuesday that it could resume enriching uranium to 20 percent within two days unless the remaining European signatories to the nuclear deal provide economic relief to counter US sanctions.

“If the signatory states to the nuclear deal delay selling the 20% (enriched nuclear) fuel, it is Iran’s right to provide its needed fuel,” agency spokesman Behrouz Kamalvandi said, quoted by the semi-official Fars news agency.

“If the Islamic Republic of Iran decides, it can have 20% enriched fuel within one to two days,” he said.

On Tuesday, Iranian President Hassan Rouhani warned that the Islamic Republic was ready to further reduce its commitments to the nuclear deal “in the coming days” if the negotiations with the remaining parties to the deal yielded no results by Thursday.

Uranium needs to be enriched to 90% to be used in a nuclear weapon and 20% purity is considered an important benchmark toward reaching weapons grade level.