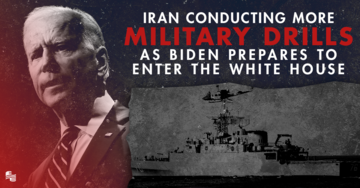 Iran will start a new round of military exercises on its southern Gulf of Oman coast, in its latest show of force against the U.S. as Joe Biden prepares to enter the White House.

Iran has conducted at least four military drills in the area of the oil-rich Persian Gulf this month as President Donald Trump leaves office following a bruising campaign to isolate Tehran through sanctions. The Islamic Revolutionary Guard Corps also seized a South Korean-flagged tanker on Jan. 4.