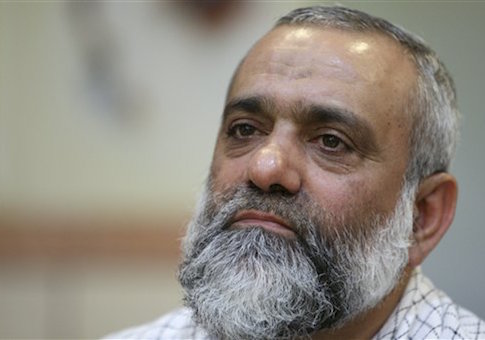 An Iranian military leader is demanding that the United States pay Tehran reparations for the deaths of more than 250,000 Iranians at the hands of U.S. affiliates, according to regional reports.

Mohammad Reza Naqdi, a brigadier general in Iran’s volunteer Basij Force, said on Thursday that the Obama administration “should pay ransom” for its supposed role in killing Iranians during the 1979 Islamic Revolution that brought hardline extremists into power.

The demand for a ransom comes just a day after Iranians across the country took to the streets to rally against America and Israel. They burned U.S. flags and chanted, “Death to America.”

It was disclosed on Wednesday that Iran has been found to be directly responsible for the deaths of nearly 200 U.S. troops in Iraq and the wounding of nearly 1,000 others. The Obama administration has been hesitant to prosecute Iran under U.S. terrorism laws for these killings.

Naqdi said Iran has “irrefutable” evidence that America is responsible for the deaths of more than 250,000 Iranians.

“In the days when the Islamic Revolution was underway and after that and during the holy defense (the Iraqi-imposed war against Iran 1980-1988), over 250,000 Iranians were massacred directly by the U.S. or by its proxies at Washington’s order, and these US crimes can be proved based on undeniable and irrefutable proofs and documents,” the military figure was quoted as saying by Iran’s state-controlled Fars News Agency.

Read the full story from the Washington Free Beacon.