Iranian forces may have killed more than 1,000 in recent protests, official says 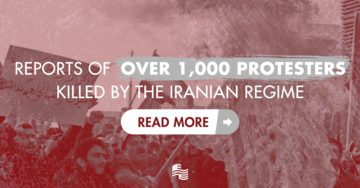 More than 1,000 people may have been killed by security forces in Iran amid recent protests, a senior state department official said Thursday, one day after authorities in the Islamic Republic acknowledged that demonstrators have been shot and killed in the unrest.

Brian Hook, the U.S. special envoy for Iran, told reporters at the State Department that American officials have seen a video of one incident in which the Iranian Revolutionary Guards Corps had mowed down at least 100 people with machine-gun fire. He said the U.S. had received and reviewed video of that incident in the city of Noshahr.

“In this one incident alone, the regime murdered as many as 100 Iranians and possibly more,” Hook told reporters

Amnesty International believes at least 208 people were killed in the protests and security force crackdown that followed. Other groups, such as the France-based National Council of Resistance of Iran, claim that 1,029 have been killed in protests across 189 cities.