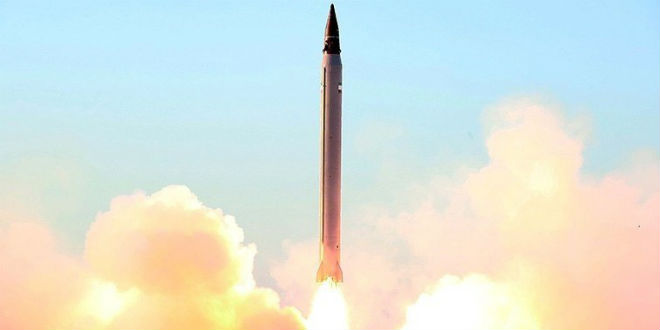 What Iran claimed was a “space launch” was likely the test of an intercontinental ballistic missile, sources said.

Iran insists the intended used for its Simorgh rocket is to launch satellites into orbit. But the technology involved is “practically identical” to ICBMs and could be used to launch a nuclear device at targets thousands of miles away, according to Amir Toumaj, a research analyst at the Washington-based Foundation for Defense of Democracies think tank.

According to reports, the Simorgh rocket did not exit earth’s atmosphere, which led some U.S. officials to tell Fox News that Teheran had not achieved its goal.

Toumaj, however, said that if Iran’s intent was not to put a satellite into orbit but rather to test just the first stage of the rocket, the test “may indeed have fulfilled its mission.”

“According to [Russian] preliminary data, this was successful and impacted in the southern parts of Iran,” Toumaj told The Times of Israel.

According to the UN, “Iran is called upon not to undertake any activity related to ballistic missiles designed to be capable of delivering nuclear weapons, including launches using such ballistic missile technology” until October 2023.

Iran has continually flouted the ban on nuclear-capable missile tests since the nuclear deal with world powers was signed last year.

The U.S. State Department refused to publicly acknowledge the most recent Iranian rocket launch, saying only it had “seen these reports.”