Khamenei to US: Your military ‘can’t do a damn thing’ to us 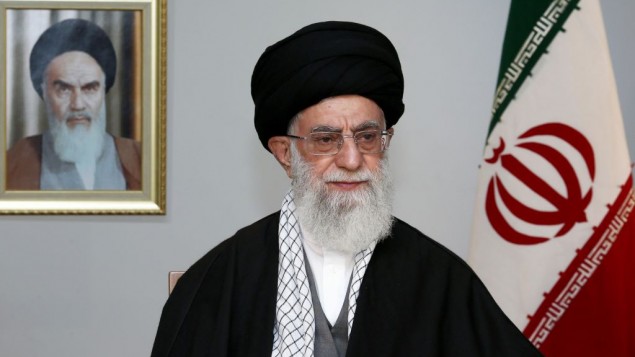 Iran’s supreme leader bragged Wednesday that the US “can’t do a damn thing” to harm his country’s nuclear facilities. And he warned that Iran will not sit down for further talks about its nuclear program when it is being threatened with military action, citing comments from two unnamed US officials.

Ayatollah Ali Khamenei also urged Iranian negotiators to not suffer “humiliation” or retreat beyond the “red lines” of national interest, hours after officials in Brussels and Tehran said they would resume talks next week to nail down a definitive accord on Iran’s nuclear program.

Speaking to teachers as Iran marked its national teacher’s day, Khamenei said that negotiating under threat is “unacceptable.”

“First of all, you can’t do a damn thing,” he added. “Secondly, as I had already stated during the term of the former US president, the era of hit and run is long gone and the Iranian nation will not let go anyone intending to make an aggression.”

Read the full story from the Times of Israel.