Killing Americans and Their Allies 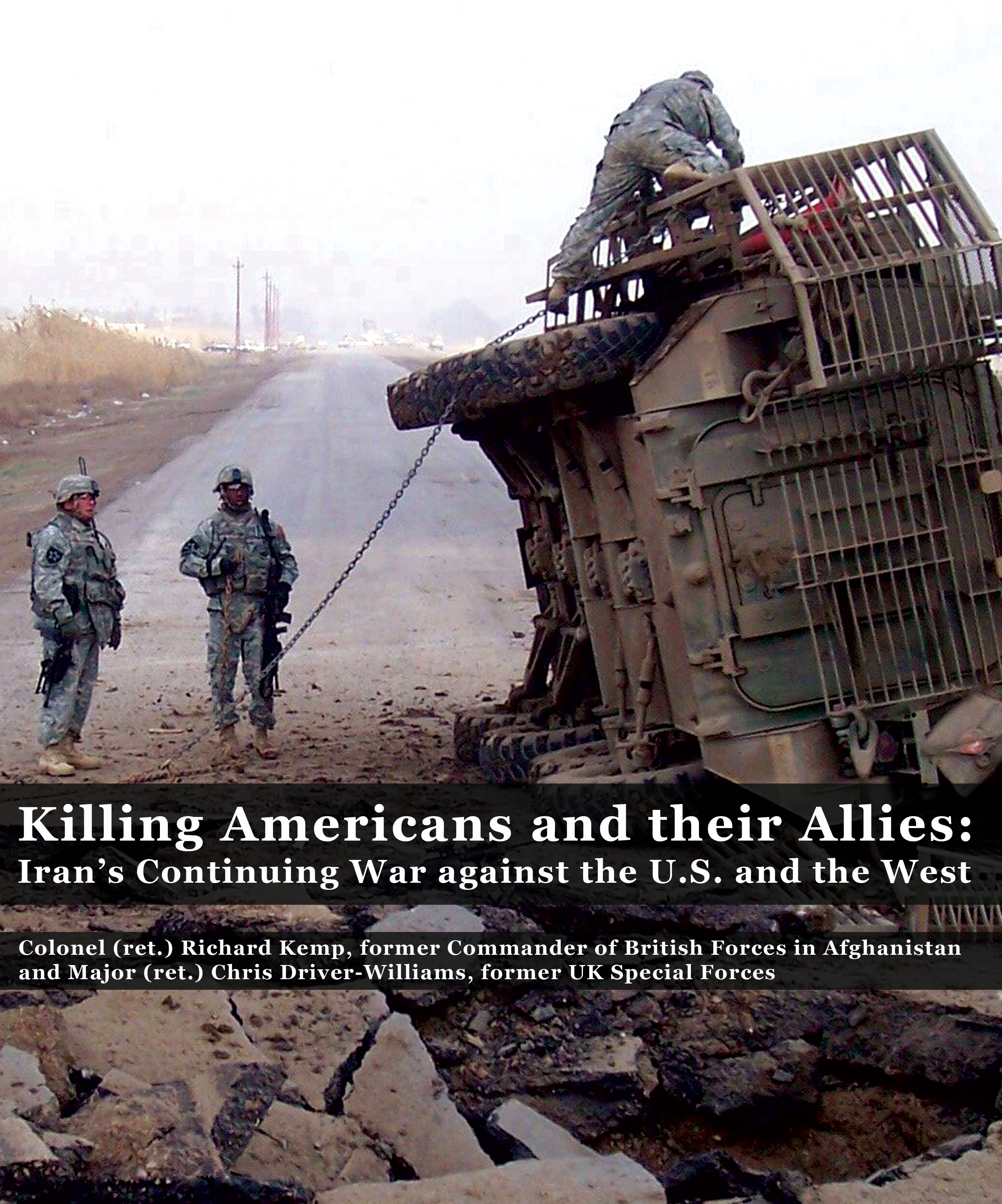 Iranian-supplied weapons have led to casualties across the Western alliance for Britain, Israel, and the United States. Tehran has used its weapons deliveries to fuel a number of regional insurgencies, like the Houthi revolt in Yemen.

Iran’s Revolutionary Guard Corps and its Hizbullah proxy serve as expeditionary forces for Iran throughout the Middle East, with the latter coordinating terror attacks and fundraising activities in Latin America, Africa and Asia.

State-of-the-art roadside bombs — Explosively Formed Penetrators (EFPs) — from Iran in particular were undoubtedly the most lethal Iranian weapon used against British and American forces in Iraq and Afghanistan. Thus the analysis that follows by two former British officers is of extreme importance to anyone concerned with halting the destabilization of the Middle East and the future security of the region.

It appears that the recent framework agreement between the Islamic Republic of Iran and the P5+1, led by the U.S. Administration, will result in a deal that would allow Iran to become a nuclear-armed state. In this context, it is worth recalling the true nature of the Islamic Republic, in particular its recent track-record of violence against the United States and its allies. Both authors of this study had responsibilities for UK national intelligence assessment and crisis management during the period when this violence reached its peak in Iraq.

Many have forgotten, or perhaps never realized, that Iranian military action, often working through proxies, usually using terrorist tactics, has led to the deaths of well over a thousand American soldiers in Iraq and Afghanistan over the last decade and a half. Does it make sense to risk allowing a regime that, since its inception, has been conducting a war against the United States and its allies to become a nuclear power?

Anti-Americanism helped fuel the 1979 Islamic revolution in Iran. A violent anti-American doctrine that challenges any role for America in the Middle East, has been and remains the central focus of Iranian foreign policy. Since the revolution, Iran has waged and continues to wage war against the United States and its allies.

Read the full report from the Jerusalem Center for Public Affairs.