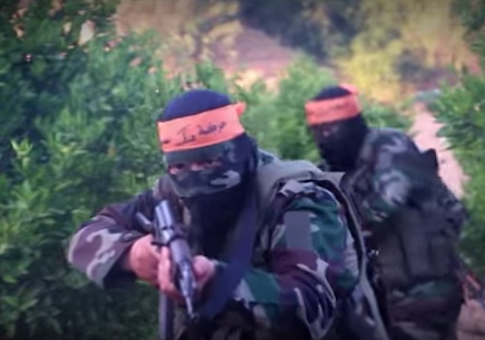 A new Iranian-backed terror group is making inroads in the Gaza Strip and West Bank, where it operates underground with the potential capacity to deliver devastating attacks to Israel, according to regional experts who have been investigating the organization’s rise.

The group, which goes by the name Harakat al-Sabireen, was established around May 2014 but has begun in recent months to boost its public profile on social media and brag about its plots to wage jihad against Israel, according to information gathered by regional analysts and provided to the Washington Free Beacon.

Al-Sabireen is believed to receive $10 million a year from Iran via funds that are smuggled through a large network of tunnels built by terrorists to facilitate illicit travel beneath the Gaza Strip, according to estimates disseminated in the Arab language press.

Like Hezbollah, the Iranian-funded terror group that controls territory along Israel’s northern border, al-Sabireen is being used by the Islamic Republic to indirectly wage war on the Jewish state and foster unrest in the Palestinian territories, according to experts, who view the group’s rise as a sign that Iran is not interested in scaling down its global terror network following the recent implementation of the nuclear agreement.

Read the full story from the Free Beacon.