Tzvi Kahn on the Heist of Iran's Nuclear Archive 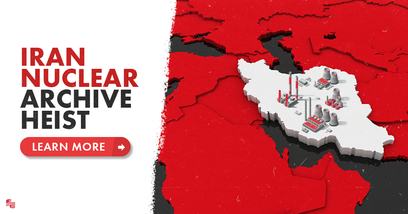 Tzvi Kahn, a research fellow at the Foundation for the Defense of Democracies, spoke to participants in a June 29 Middle East Forum webinar about archival documents pertaining to Iran's nuclear program that were seized by Israel in January 2018 and their implications for the 2015 Iran nuclear deal, other non-proliferation agreements, and US policy towards Iran going forward.

The raid by Israel's Mossad intelligence agency on a warehouse in Iran's capital city of Tehran removed about 55,000 paper files and 183 CDs with another 55,000 files on them, all of which catalog Iran's efforts to develop a nuclear weapon. Israeli officials estimate that only 20 to 50% of the archive's total contents were seized.

A December 2015 report by the International Atomic Energy Agency (IAEA) had assessed that Iran's efforts to develop a bomb "did not advance beyond feasibility and scientific studies and the acquisition of certain relevant technical competencies and capabilities." A 2007 US national intelligence estimate had judged with high confidence that Iran halted its nuclear weapons program in 2003, thereafter engaging only in ostensibly civilian nuclear activities.

The trove of captured documents from the archive "shows that the nuclear weapons program continued, albeit in a more circumscribed and diffused manner, past 2003" and identifies additional nuclear facilities, equipment, and activities previously unknown to the IAEA. These include