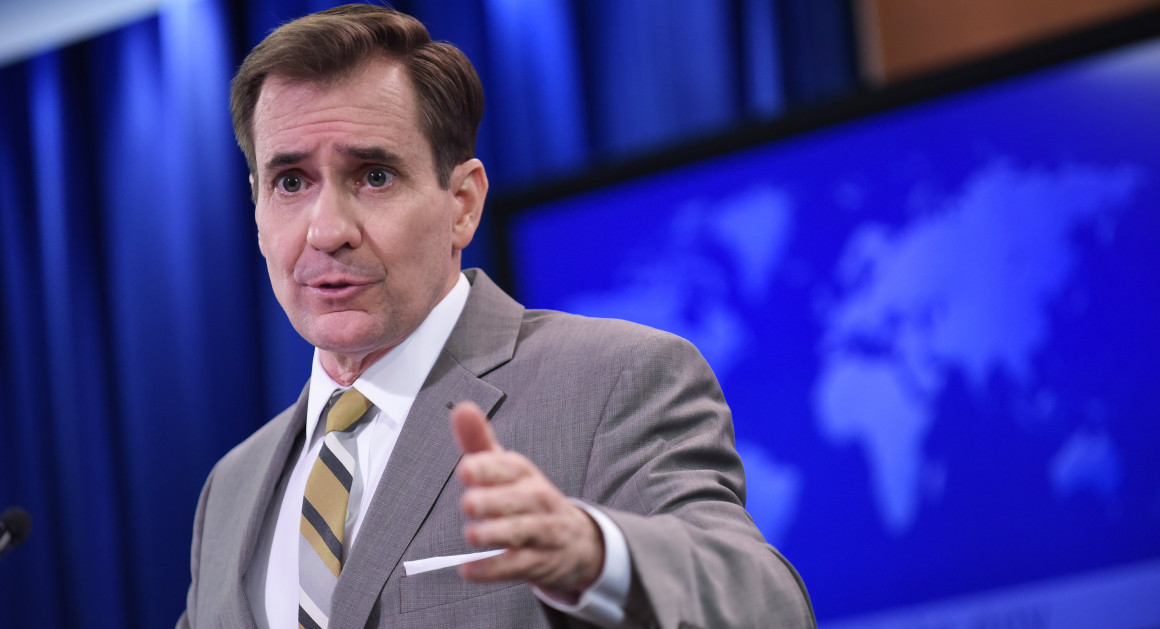 'He lied about the hostages – openly and blatantly – just like he lied about Obamacare,' Trump says.

Republicans are claiming vindication after the State Department confirmed on Thursday that the United States conditioned the release of a $400 million cash payment to Iran on the departure of American prisoners from Tehran.

At a Thursday news briefing, State Department spokesman John Kirby addressed questions about a Wall Street Journal report by explaining that the U.S. held onto the $400 million cash payment until American prisoners were on a plane and safely away from Iran to “retain maximum leverage.” Kirby said the arrangement did not in any way constitute a ransom payment, as President Barack Obama's Republican critics have alleged.

“We deliberately leveraged that moment to finalize these outstanding issues nearly simultaneously,” he said. “With concerns that Iran may renege on the prisoner release, given unnecessary delays regarding persons in Iran who could not be located as well as, to be quite honest, mutual mistrust between Iran and the United States, we of course sought to retain maximum leverage until after American citizens were released. That was our top priority.”

Republican presidential nominee Donald Trump seized on the announcement during a campaign rally in Charlotte, North Carolina, saying it proved that Obama had "lied" about the payment and said it had "put every American traveling overseas, including our military personnel, at greater risk of being kidnapped."

"He denied it was for the hostages, but it was," Trump said. "He said we don’t pay ransom, but he did. He lied about the hostages — openly and blatantly — just like he lied about Obamacare."

Read the full story on Politico.