LONDON (Reuters) - The U.S. Navy stands ready to ensure free navigation and the flow of commerce, the U.S. military’s Central Command said on Thursday, as Iran’s Revolutionary Guards warned they would block oil shipments through the Strait of Hormuz if necessary. 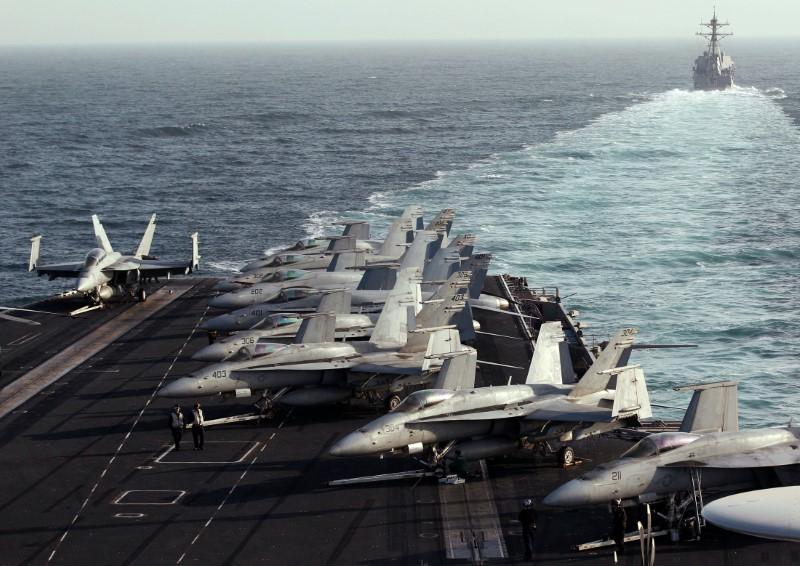 With tensions rising over the strategic waterway, the European Union is proposing a plan for salvaging a multinational nuclear deal with Tehran after Washington withdrew, but Iranian President Hassan Rouhani told leaders in Paris and Berlin on Thursday that the package did not go far enough.

Rouhani and some senior military commanders have threatened in recent days to disrupt oil shipments from the Gulf countries if Washington tries to strangle Tehran’s exports.

Praising Rouhani’s “firm stance” against the United States, the head of the Revolutionary Guards said their forces were ready to block the Strait of Hormuz which links the Gulf to the open sea.