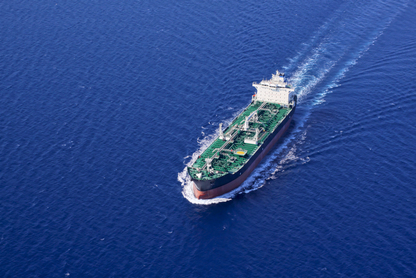 The Trump administration has for the first time confiscated cargo in vessels allegedly loaded with Iran fuel in violation of sanctions, U.S. officials said, as it steps up its campaign of maximum pressure against Tehran.

Last month U.S. federal prosecutors filed suit to seize the four tankers of gasoline that Iran was sending to Venezuela, the latest move in the administration’s effort to stifle flows of goods and money helping to keep two of its top foes in power.

At the time, it was unclear if U.S. authorities would successfully be able to take control of the tankers, after a similar effort to seize Iranian fuel through a U.S. forfeiture case was unsuccessful last year.

One official said the vessels had been taken over without the use of military force but didn’t provide any details. Last year the U.S. tried unsuccessfully to use judicial cooperation agreements to take control of an Iranian oil vessel that had been detained in the British territory of Gibraltar.

The administration expects the seizures will deter shipping companies from dealing with the Iranians and Venezuelans as tanker owners, brokers, insurers and other businesses see the risk as too costly, senior U.S. officials said. Iran and Venezuela must increasingly rely on the private sector—or illegal markets—to carry the oil and energy products vital to both nations’ ailing economies as Washington’s pressure campaigns have crippled the ability of state-owned fleets to ship supplies.

The four vessels—Luna, Pandi, Bering and Bella—were seized at sea in recent days and are now en route to Houston, the officials said. Senior administration officials are expected to meet the tankers in the coming days at an event scheduled to mark the docking, the officials said. A spokesman for the Justice Department declined to comment.

A federal judge in Washington last week gave the U.S. title to the Grace 1, saying that federal prosecutors had provided enough evidence that the tanker and its fuel were assets of a designated terrorist organization. The tanker had been released from Gibraltar in August 2019 over U.S. objections.

The Bering and the Bella were sailing off Cape Verde when the forfeiture complaint was filed in July, U.S. officials have previously said. The Luna and the Pandi last sent a radio signal from Omani waters a month ago, according to the shipping database FleetMon.

The four vessels were originally part of a flotilla of nine tankers, including five Iranian vessels, which were escorted by an Iranian naval intelligence ship, according to U.S. officials. The four privately owned vessels began peeling off from the flotilla after U.S. authorities contacted the owners of the ships, those officials said.

The U.S. government’s lawsuit alleges that an Iranian businessman affiliated with the Islamic Revolutionary Guard Corps, Iran’s elite military unit designated by the U.S. as a terror group, arranged the fuel deliveries through a network of shell companies to avoid detection and evade U.S. sanctions.

Iran says it will not reverse nuclear steps before U.S. sanctions are lifted U.S. Seizes Iranian Fuel Cargo for First Time Visible From Space, Iran's Coronavirus Mass Graves Give the Lie to the Mullahs' Propaganda