Iran’s army chief has vowed to completely destroy Israel within just 25 years, in a dramatic threat issued to their Middle East rival it has been revealed. 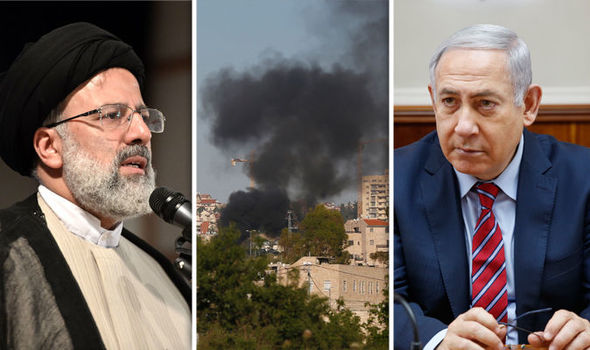 Chief Commander of the Islamic Republic’s regular army, Abdolrahim Mousavi, said Israel could be wiped out in the next quarter of a century in the latest development in the countries’ war of words.

He said: “We will finish off Israel’s life within less than 25 years.”

The Major General’s comments were made on Saturday to the Tasnim news agency run by the Islamic Revolution Guards Corps as he put both Israel and the US on notice.

He continued: “God willing, we will crush the US and see the Israeli regime terminated in less than 25 years.”

Last year in a Twitter post, the Iranian leader said: “There is no doubt that we will witness the demise of Zionist entity of Israel.”

Tensions between the two Middle East powers are high, with explosive rhetoric ever increasing.

The contest between the pair is part of a wider power struggle in the region.

In recent months Israel and Iran have fallen out over Tehran’s expanding footprint in Syria.

Just weeks ago Qassem Soleimani, the Commander of the Islamic Revolutionary Guards Corps, said that Israel should be “eradicated” as revenge for the killing of a Hezbollah commander ten years ago.

He said: “The eradication of Israel would be the best revenge for the killing of Imad Mughniyeh.”